Caffeine in coffee: Good or Bad? 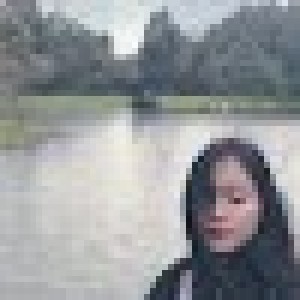 Caffeine in coffee: Good or Bad?

Coffee is not just a drink, but be about the ritual.  This popular drink becomes an indispensable companion for many people whether they travel or work. What perks you up after sipping a cup of joe is caffeine in coffee. Along with keeping you awake and refueling your energy, caffeine in coffee has a slew of surprising benefits. But there are many arguments in the benefits and drawbacks of this coffee compound.

So, is drinking coffee good for you? Let’s discover the pros and cons of caffeine.

What are the top health benefits of Caffeine in Coffee?

1. Caffeine in coffee can reduce the development of Alzheimer’s and Parkinson’ disease.

“There is evidence that people who drink caffeinated beverages such as coffee, tea, and cola have a decreased risk of Parkinson’s disease. For men, the effect seems to depend on the amount of caffeine consumed. Men who drink the most caffeinated coffee, 28 ounces (three to four cups) per day, seem to have the greatest reduction in risk. But drinking even 1 or 2 cups of coffee cuts their Parkinson’s disease risk significantly. In women, the effect does not seem to depend so much on the amount of caffeine consumed. Moderate consumption of caffeinated coffee, 1-3 cups daily, provides the most reduction in risk in women. Interestingly, coffee does not seem to help prevent Parkinson’s disease in people who smoke cigarettes.”

2. A cup of caffeinated coffee is a perfect companion to burn fat

Caffeine plays a role in suppressing the appetite and decreasing the desire to eat but still makes the body create more heat and energy from digesting food. Therefore, this burns the calories significantly. Moreover, caffeine is proven by the effect in boosting your metabolic rate by 3%-11%.

3. Your liver will have to thank you

Caffeine has influences on supporting the process of antioxidant and detoxification in the liver.

“Proponents claim that a caffeine enema increases the levels of glutathione, an antioxidant, and so it supports the natural processes of detoxification in the liver.”

Besides, some researches have been conducted to show that there are more liver enzyme levels in coffee drinkers than those who do not drink.

4. Your sport performance will be boosted

Caffeine has been shown to boost endurance performance.

The effects of short-term, high-intensity exercise, on the other hand, remain uncertain.

5. You can increase cognitive performance

It was connected to dose-dependent increases in visuospatial thinking, simple response time, choice reaction time, and incidental verbal memory in one research including 9,003 British adults.

6. You can reduce the risk of stroke

Women who consume at least one cup of coffee each day had a decreased risk of stroke, which is the fourth-largest cause of death among women.

Those who drank more than one cup of coffee per day had a 22 to 25% lower risk of stroke compared to women who drank less, according to data from 34,670 women in Sweden without a history of cardiovascular disease.

Low or no coffee consumption appears to be associated with an increased risk of stroke.

However, every coin has 2 sides. Caffeinated coffee seems to be magic with your health benefits. But too much of something is not good.

Here are some negative effects of caffeine in coffee

1. Worsen the depression and anxiety

Anxiety and depression symptoms may be exacerbated by a high coffee intake.

Drinking more than 6 cups of coffee per day may result in “caffeinism,” characterized by symptoms such as anxiety or agitation. They might become more dependent on the caffeine in coffee and the worse symptom might occur if they suddenly stop this bad habit.

Your sleep will be disrupted if you consume caffeinated coffee three to six hours before bedtime. This can shorten your total sleep duration by more than an hour up to 6 hours because the caffeine in coffee can trigger your brain function and nervous system.

3. Not safe for people with heart attack

People with heart problems should avoid consuming more than 5 cups of coffee each day. As caffeine in coffee can increase the heartbeat significantly, which triggers a heart attack. However, for persons who do not have heart disease, consuming many cups of coffee every day does not appear to raise the risk of having a heart condition.

Drinking 200 mg of caffeine is probably safe for pregnant women. Drinking more than this amount, on the other hand, has been associated with an increased risk of premature birth, and low birth weight. These dangers grow as the mother’s use of coffee during pregnancy increases.

This has the same effect on breastfeeding. Drinking caffeine with a large amount can irritate a breastfeeding infant’s digestive tract, as well as induce sleep issues and restlessness.

Coffee is a popular beverage all over the world, and it has a slew of health advantages to boot.

In fact, coffee may help you live longer. However, drinking too much coffee causes many health issues. So, If you like the flavor and can handle the caffeine, don’t be afraid to have a cup or two during the day.